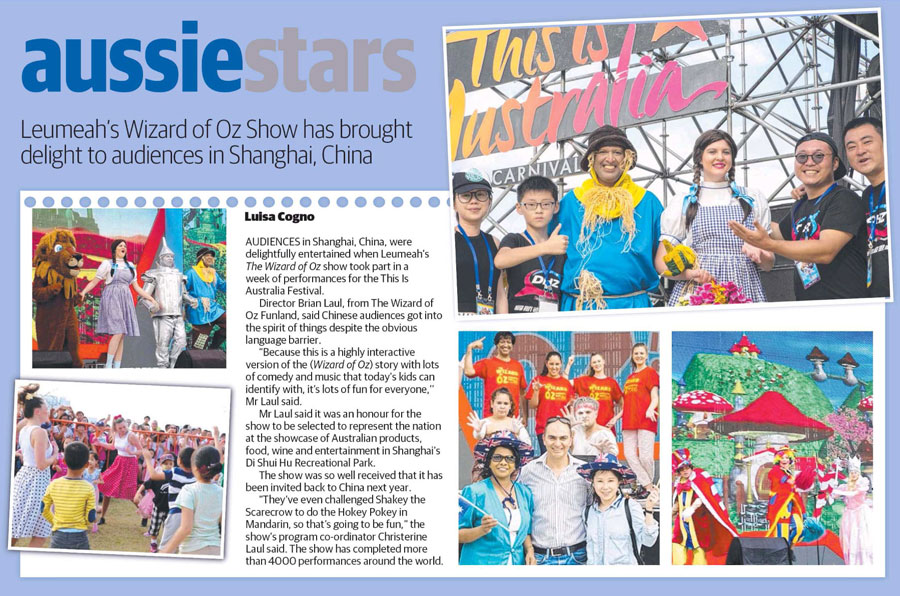 AUDIENCES in Shanghai, China were delightfully entertained when Leumeah’s The Wizard of Oz show took part in a week of performances for the This Is Australia Festival.

Director Brian Laul. from The Wizard of Oz Funland said Chinese audiences got into the spirit of things despite the obvious language barrier.

“Because this is a highly interactive version of the (Wizard of Oz) story with lots of comedy and music that today’s kids can identify with, it’s lots of fun for everyone,” Mr Laul said.

Mr Laul said it was an honour for the show to be selected to represent the nation at the showcase of Australian products, food, wine and entertainment in Shanghai’s Di Shui Hu Recreational Park. The show was so well received that it has been invited back to China next year.

“They’ve even challenged Shakey the Scarecrow to do the Hokey Pokey in Mandarin, so that’s going to be fun,” the show’s program co-ordinator Christerine Laul said. The show has completed more than4,000 performances around the world 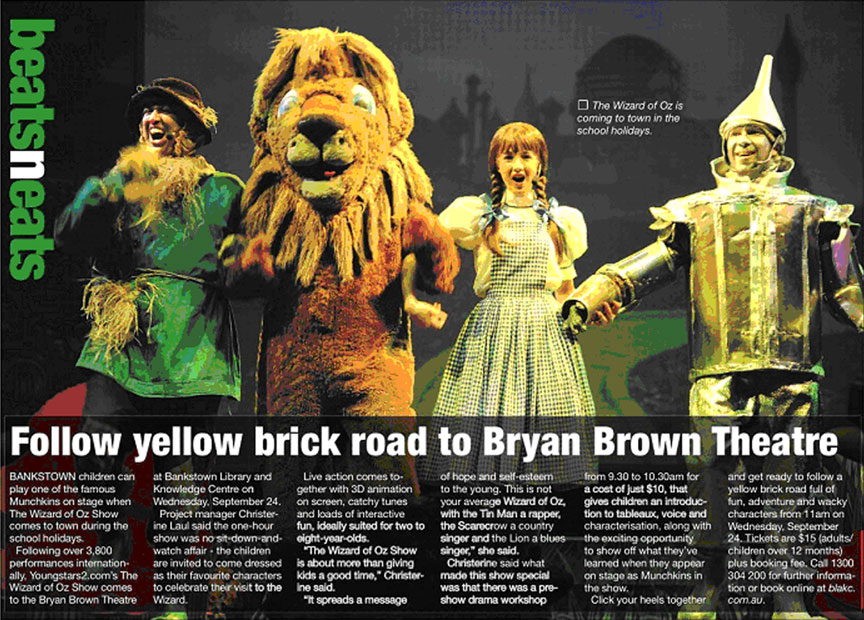 Had great fun on & off stage today contributing an action packed programme at this local Festival. Congrats Tracey, Amanda & the Campbelltown Council’s events team on another community event well run!

Thank you for walking down the yellow brick road with us!

This is a Widget Section

This section is widgetized. If you would like to add content to this section, you may do so by using the Widgets panel from within your WordPress Admin Dashboard. This Widget Section is called "DatesAndVenues - events - Right"