Had great fun on & off stage today contributing an action packed programme at this local Festival. Congrats Tracey, Amanda & the Campbelltown Council’s events team on another community event well run!

Thank you for walking down the yellow brick road with us!

India Vision Institute’s year-long “National Optometry Awareness Campaign” was launched today by Mr Sean Kelly, Australian Consul General for South India, with the release of a music video featuring Ollie the Optometrist & The Wizard of Oz Gang. A range of activities are planned during 2014 to raise awareness about eyecare and the important role played by optometrists in eyecare delivery.

“Today we celebrate the history that has made us who we are; the country that we love and the values and institutions that underpin it.” – Tony Abbott, Prime Minister.
Happy Australia Day! 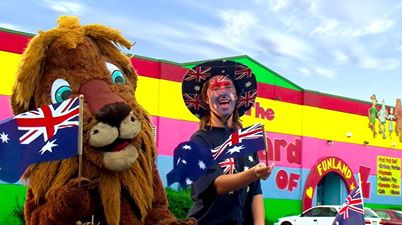